So as it turns out, humans aren't the only ones who sit on their butts with their legs spread out in front of them. There are a LOT of non-human animals that want to sit just like people! It's sometimes cute, it's sometimes creepy. It's ALWAYS hilarious. Behold, the wonder of animals sitting like people!

1. Seriously it's so weird when animals sit like people.

3. Pretending to be asleep so they don't have you hear you give them guff about sitting like people.

5. Seriously, somebody cue up King Louie's song from The Jungle Book.

6. For real, once these animals start sitting like a human, they pretty much think they can do ANYTHING like a human.

8. Admiring your computer wallpaper featuring a picture of yourself like a human.

9. Eating birthday cake in a chair like a human.

11. And it's not just dogs and cats who are biting people's sitting style.

12. Panda bears are all about sitting like humans. Especially if there's a rocking horse involved.

13. You know who loves sitting like humans just as much as panda bears? Regular bears.

15. Bears even love sitting like humans NEXT TO ACTUAL HUMANS. Mind = blown.

16. Note that horses are also super-big fans of sitting on their butts like people.

17. And horses are ALSO big-time fans of sitting LIKE people WITH people.

18. This cat does NOT care anymore.

19. It's a well-known fact that lizards are prone to lounging, but this is ridiculous!

20. Awwwww, baby ducks want to get in on the sitting action!

Just 21 Sassy Animals Who Will Make You Laugh Every Time

17 Wholesome Pet Memes That Will Hug Your Heart So Good 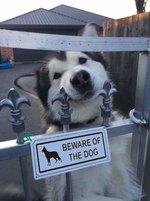