Many people who live in small apartments or have children want a dog, but not one that is as demanding as a large breed. The Shih Tzu dog is among the smallest of dog breeds, and they are also friendly, affectionate dogs that get along well with children. "Imperial" is a term sometimes used to describe a Shih Tzu dog that tends towards the smaller end of the breed size standard, or even smaller. However, an imperial Shih Tzu is not a recognized dog breed in itself.

The breed's proper name is spelled Shih Tzu, but sometimes people will spell it "shitzu," which is also how many Americans pronounce this name. The American Kennel Club explains that the Chinese say "sher-zer." The Shih Tzu has a revered place in Chinese history since they were developed by Imperial breeders in the palace of the Chinese emperor centuries ago from Tibetan breeding stock. And historians believe the Shih Tzu originated from two even more ancient Sino-Tibetan breeds, the Lhasa apso and the Pekingese.

The name Shih Tzu means "lion dog," and they may have been bred by lamas (spiritual masters) in Tibet to resemble a tiny lion since the lion holds such a special place in Buddhist mythology. These dogs were the house pets and lap-warmers for most of the Ming dynasty. Emperors would give lavish gifts to the Shih Tzu breeders who produced the most beautiful and affectionate dogs. After China opened its borders to the outside world in the early 20th century, other people discovered this beautiful dog and breed clubs formed. At first, the Shih Tzu was classified as an apso breed, but its unique identity was finally recognized, and the AKC added the Shih Tzu as a distinct breed in 1969.

The phrases "teacup Shih Tzu" and "miniature Shih Tzu" are sometimes used interchangeably to describe a smaller-sized Shih Tzu dog, but the American Shih Tzu Club explains that breeders often advertise a runt Shih Tzu as a teacup or an imperial breed. However, the American Kennel Club does not recognize a teacup, imperial, or miniature Shih Tzu. Chihuahuas are another small breed that is often advertised as teacup or miniature, although they are not recognized as an official breed.

The AKC says that a Shih Tzu is considered a member of the "toy dog" group, meaning a dog that is "lap-size." The official breed standard approved by the AKC and the American Shih Tzu Club calls for a weight range of 9-to-16 pounds for these little dogs, and anything less than that, such as one advertised as teacup, imperial, or miniature, could potentially be an unhealthy dog.

Shih Tzus were bred to be lap dogs. Therefore, they are not known to hunt, dig, guard, or have any particular skill or purpose other than to provide companionship. Vet Street says they may retrieve a ball, but that's not what they are known for. So if you are raising Shih Tzu puppies, train them to have good manners but don't worry if they don't have a job to do. While they will bark if someone comes to your door, that's likely all they'll do before climbing back into your lap.

Since they are so small, Shih Tzus need only minimal exercise, and they don't have to be walked or played with as extensively as larger breeds do. Vet Street says Shih Tzus are intelligent and enjoy learning, so an obedience class for your Shih Tzu puppies will probably be a good experience and they may also be good in agility and obedience competitions.

The AKC recognizes only the traditional Shih Tzu dog. The website All Shih Tzu explains that sometimes a smaller version of the Shih Tzu dog will be described as an imperial Shih Tzu. If a dog is closer to the lower end of the weight standard for the breed (9 pounds), the breeder might call it an imperial, miniature, or a teacup. If you are buying from a breeder who is breeding dogs that are smaller than the AKC standard, choose one that is healthy and represents the best characteristics of the breed. All Shih Tzu suggests that a 7-or-8-pound dog can still be healthy and sound while a Shih Tzu that is under 5 pounds will likely experience a variety of health problems. 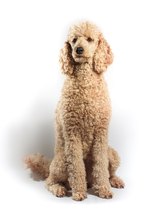 Differences Between a Mastiff & a Bullmastiff 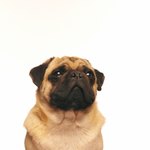 Difference Between a Pit Bull and a Staffordshire