What Antibiotics Are Commonly Used to Treat Dogs?

When your pup's feeling under the weather, chances are the vet will prescribe him an antibiotic to put him on the path to recovery. Though an antibiotic isn't a cure-all, it will fight a variety of infections. There are dozens of antibiotics for your vet to choose from. Ultimately the choice will depend on what type of infection your dog has.

The specific bacteria behind your dog's infection dictates what type of antibiotic he receives.
credit: kasto80/iStock/Getty Images

Antibiotics are invaluable for humans and animals because they treat potentially dangerous infections caused by bacteria and other microorganisms. There are different classes of antibiotics, including tetracyclines, penicillins and quinolones, that work to fight offending organisms to varying degrees. Some antibiotics are able to take on several different organisms, referred to as broad-spectrum drugs, while some are targeted to specific organisms, considered narrow-spectrum drugs.

Antibiotics in the penicillin class disrupt the bacterial cell wall. These tend to be broad-spectrum antibiotics, except when they encounter bacteria that have a specific resistance. Amoxicillin is a type of penicillin used in dogs, and frequently is prescribed because it's well-absorbed in the gut. It's more effective when paired with clavulanic acid, known more commonly as clavamox. Clavamox has a broader spectrum than amoxicillin, and is helpful for taking on Staphlylococcal infections, usually associated with skin infections.

Cephalosporins also disrupt bacterial cell walls. Cephalexin, a commonly prescribed cephalosporin, is a helpful broad-spectrum antibiotic. It's useful in a variety of simple, common infections, such as skin infections. A dog suffering from a deep skin infection may take this antibiotic as long as six to eight weeks.

Tetracyclines work by interfering with protein synthesis and cover a broad spectrum. Doxycycline is an antibiotic that is able to penetrate tough biological barriers other antibiotics may not be able to overcome. It's frequently prescribed for Lyme disease, leptospirosis and Rocky Mountain spotted fever.

All you need to know about quinolone carboxylic acids is they combat a variety of infections, though they're particularly effective against pseudomonas, a frequent cause of ear, skin and dental infections in dogs. Enrofloxacin, also known as Baytril, is a commonly prescribed quinolone.

Other Classes of Antibiotics

In the lincosamide class, clindamycin inhibits protein synthesis, fighting anaerobic bacteria. It may help your dog if he has an abscess or dental disease. Aminoglycosides also disrupt protein synthesis. Gentamicin is commonly prescribed for bladder and respiratory infections, pneumonia and skin and ear infections. Sulfa drugs block bacterial enzymes; sulfadimethoxine is frequently used to treat coccidia and sulfasalazine may be prescribed for colitis.

Take All Your Medicine

Antibiotics can be lifesavers, however it's imperative to use them as directed by your veterinarian. It's tempting to stop giving your dog his medicine if he appears to be on the mend, thinking he doesn't need any additional medication or you might save the rest for later, just in case. However, an incomplete dose brings the risk of developing an immunity to the organism and a return appearance of an illness that becomes more difficult to treat. Many antibiotics carry side effects, such as gastrointestinal effects, so discuss what to expect with your vet. 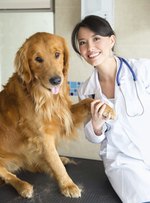 Metronidazole Use in Dogs 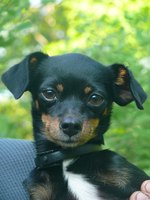 Cephalexin for a Dog's Ear Infection

Side Effects of Prednisone in Dogs

The Side Effects of Synulox 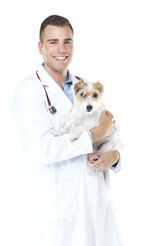 Side Effects of Cyclosporine for Dogs