How Toxic Is Borax to Cats?

Ants are invading your kitchen, crawling from a crack in the wall to the cat's dish for a snack. At the same time, both you and your pet are feeling itchy. Maybe it's fleas. Instead of reaching for a can of insecticide, should you try Borax, which is often touted as a "natural" cleaner and insecticide?

Borax and other borates are derived from a naturally occurring mineral called sodium tetraborate decahydrate. Boric acid, which is labeled as a pesticide, is created when Borax is further processed with an acid, such as hydrochloric or sulfuric acid.

You may have heard of 20 Mule Team Borax, a detergent booster and multi-purpose household cleaner, which has been around for more than a century. Much more recently, Borax's popularity has reignited as an activator for tweens who are obsessed with making slime.

Borax is also used for killing fleas, making them severely dehydrated when they come in contact with the substance. Borax powder can be sprinkled on carpets and other surfaces for six hours to two days to kill fleas and their larva. It is then vacuumed up and disposed of.

Similarly, Borax is used for killing ants. It's usually mixed with sugar to appeal to ants' taste buds for solid bait or with honey or maple syrup to make a paste that can be spread along ant trails in your house.

Borax isn't just toxic to insects. It can be harmful to both people and pets. The American Borate Company's Safety Data Sheet on the substance says that "Animal ingestion studies in several species, at high doses, indicate that borates cause reproductive and developmental effects." It also warns that Borax is a mild throat and lung irritant if inhaled and is a serious eye irritant in humans. Borax can be absorbed through broken skin.

Less than 5 grams can kill a pet or child, according to Dr. Angela Damant, D.V.M. The estimated lethal dose for humans is 15 to 20 grams.

Because cats are far smaller than humans and spend most of their time on the ground, near where Borax might be used for pest control, they are particularly susceptible to ingesting or breathing in Borax. Within two hours of contact, your cat may vomit, have diarrhea, stomach pain, or excessive thirst. She may cough or have respiratory problems if she has breathed it in. You may notice redness around the eyes, ears or nose as Borax can irritate these tissues. Ingestion of large amounts of Borax can cause renal failure.

If your cat gets sick

If your cat is experiencing these symptoms and you have used Borax to kill insects or for other uses around the house, suspect Borax poisoning. If you know your cat has ingested it, immediately take her to the veterinary clinic where she may get IV fluids to minimize the risk of kidney damage.

Wash her with mild soap and water if it is on her face, fur, or paws, then monitor her for any signs of ingestion. Thoroughly vacuum carpets and wash floors to remove all traces of the substance.

If you use Borax for the laundry or other household purposes, consider putting it in a jar or sealed container rather than keeping it in a box that can be spilled by a curious kitty.

Think twice about using Borax to kill bugs in your house. If you do use it, do not let either pets or children into the area where it has been spread. Vacuum it up thoroughly or wipe it off walls or floors before allowing your cat back into that area of the house. Never use Borax directly on your cat to kill fleas.

Is Diatomaceous Earth Safe For Pets? 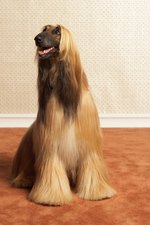 What Happens When Ammonia From Dog Urine & Bleach Are Mixed?