Dogs, like all breathing beings, need a means of body heat regulation and heat exchange. Dogs pant, which evaporates saliva on the surfaces of the mouth and tongue to produce a cooling effect. It's not the only means a dog has, though. The ears also help control his body temperature.

Dogs adapted to hot desert conditions tend to have larger ears than dogs bred in cold climates have. The saluki, a desert gazehound, is a good example of this. He has long, fringed ear leathers that droop at rest but flow when he runs, allowing air moving over expanded blood vessels in the flaps to cool both sides. The flaps also keep sand out of his ears and help keep him warm on cold desert nights. Israel's Canaan dog is also a hot desert dweller. He has large, low-set prick ears that are thin-skinned to help radiate excess body heat. In this he resembles his neighbor and big-ear champion of the world, the Sahara's fennec fox.

The same basic ear shape -- large, thin and erect -- persists in the basenji, whose ears look like those depicted in statues of the ancient Egyptian god Anubis, Lord of the Dead. The basenji's ancestral home is the tropical rainforest of the Congo in central Africa. The ears are structural adaptations to the warm, damp climate that persists there year-round. The basenji's ears are thinly furred as well as thin-skinned to facilitate constant heat radiation, as the temperature stays warm day and night in the tropics, as opposed to the desert's extreme temperature fluctuations between day and night.

Northern China has a chilly climate -- in fact, part of it is the Gobi, one of the world's few cold deserts. Dogs from this region usually have double coats to cope with the frigid winters. Their ears tend to be smaller and thicker than those of southern dogs, and have more hair on the inner surfaces to trap air and warmth to help prevent frostbite. A good example of this is the chow chow, whose furry, erect ears are almost hidden in its thick ruff, giving it a bearlike appearance. The Siberian husky's coat is less bulky than the chow's, and his ears are bigger and more exposed, but he, also, has the built-in earmuffs.

Across the Bering Straits from China, the equally cold but less dry climate of Alaska has produced the Malamute, a dog similar to the Siberian husky but more robust and bred to do heavier work. His ears are set lower on his head than the husky's; the Malamute can fold his ears down while working and raise them when resting to encourage heat loss after exercise.

About the Author
Martha Adams has been a rodeo rider, zookeeper, veterinary technician and medical transcriptionist/editor. She traveled Europe, Saudi Arabia and Africa. She was a contestant on "Jeopardy" and has published articles in "Llamas" magazine and on the Internet. Adams holds a Bachelor of Arts in English and anthropology from the University of Texas at Austin. 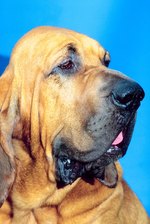 Iguanas Are Freezing & Falling Out Of Trees In Florida

Do Dogs Shiver When They're Cold?