How Long Do Betta Fish Live?

Though we can answer this question in a couple of sentences, we've decided to use this topic as an opportunity to dispel some of the more pervasive myths about bettas (a.k.a. Siamese Fighting Fish), as this beautiful species is one of the most popular among first-time fish owners. But before we tackle the common misconceptions surrounding bettas, let's answer the question at hand: how long do they live? The average life expectancy for a betta in captivity is three years. This figure takes into account the average age a betta is when it's first sold which, for males, is one year and for females, six months. However, with the right care, a betta can live up to four or five years of age (maybe more!). Sadly, the many misconceptions about bettas have led many people to dive into fish ownership without having first done the proper research. In cases like these, many bettas either meet a very early demise or find themselves living in poor environments. So If you're thinking about getting one of these elegant fish for your home, we encourage you to read on.

Do bettas really prefer living in those cramped quarters?

All of us have seen bettas swimming circles inside small plastic cups, but despite what the pet department associate at Wal-Mart tells you, betta experts say that this isn't the happiest of homes for them. The reason this myth gets passed around as fact is because wild bettas can sometimes be found in small, muddy puddles in the rice paddies of their native Thailand. Thus, people have assumed that if dirty puddles are their natural habitat, bettas should feel quite at home spending their entire lives within a tiny bowl on your desk or (heaven forbid!) weaving between orchid stems inside a cramped flower vase. What these people fail to understand is that, for most of the year, the rice paddies where the bettas live contain much larger bodies of water. However, during the dry season, much of the water evaporates and many become trapped in shallow puddles, which is why the species possesses a biological adaptation that allows them to survive in such conditions until the rains come and they can enjoy a more ideal living situation. Their secret weapon? A complex organ called a labyrinth that, amazingly enough, allows them to breath a limited amount of atmospheric oxygen! This allows bettas to get enough O2 when confined to a small amount of water to keep them alive, but it's definitely not something they should have to do on a long-term basis. In fact, bettas also evolved the ability to jump quite far into the air, as this allows them to jump from puddle to puddle in order to find a larger body of water to better accommodate them. This alone should dispel the myth that bettas would much rather live in a small environment than a larger one. As pet owners, we want our little friends to thrive, not merely survive.

If you want to have a happy, healthy betta that will live between two to five years (maybe even longer if you've got a super hardy one on your hands), you've got to provide the proper living environment for it. Though a ten-gallon tank would be terrific (we understand that that's a relatively big tank for just one little fish!), you should never go smaller than a three-gallon one complete with filter and heater. Any smaller and the betta's waste will become too concentrated, and this will have adverse affects on its health. Sure, you can buy a tiny, filterless "betta bowl," but you've got to make absolutely certain that you: 1) clean the bowl and change a percentage of the water frequently (very small bowls require daily water changes) 2) ensure that the bowl remains at the ideal temperature at all times (which can be tricky!) and 3) be very meticulous about how much you feed it. Suffice to say, many new betta owners who were sold on the idea of having an "easy to care for" fish that doesn't take up a lot of room in the house may not be prepared for the maintenance required to keep their beta healthy. This is why many people end up with a diseased (and eventually deceased) betta in a matter of weeks. Make sure that you provide an ample-sized tank, a filter, and a temperature regulator in order to keep the water at a constant 75 - 80 degrees F. Not only will your betta be happy and healthy, there will be less overall maintenance required for you.

Most people will tell you that unless you want to turn your peaceful fishbowl into a fight-to-the-death thunderbowl, never house two male bettas together. Now, unlike the previous myth we've debunked, this is a bit of advice that you should definitely heed. Male bettas are very territorial and, if put in the same tank (even a ten-gallon one), they'll more than likely get into a tiff which may turn deadly. Likewise, a male betta can also become aggressive toward a female. If you'd like to keep two bettas within the same tank, best make sure that they're both female.

Still thinking of getting a betta as a pet? Great! This article was a good place to start. However, there's plenty more to know, so we encourage you to continue researching to make sure that your "fighting" fish has a fighting chance at a long, healthy life. 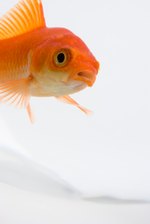 What Happens If You Keep a Goldfish in a Dark Room?

The Acceptable PH Levels in a Catfish Tank

Difference Between a Male & Female Betta

How to Take Care of a Goldfish: Keeping it Alive and Happy

Signs a Goldfish is Happy