Dogue One: 12 "Star Wars" Dogs That Are One With The Force

A long time ago, in a galaxy far, far away (A.K.A. the '70s) no one costumed pets as characters from pop culture franchises.

12 Star Wars Dogs That Are One With The Force
credit: Reddit

Then Star Wars dropped and literally everything changed. Animal lovers looking to make a galactic statement these days will find no shortage of off-the-shelf costumes online or at their local pet store but as the dogs assembled below reveal, some of the very best ensembles are homemade.

3. "I mean, these speeders are fast but they definitely can't make the Kessel Run in less than 12 parsecs."

4. "I find your lack of treats disturbing."

5. "Hokey religions and ancient weapons are no match for a good dog at your side, kid."

6. "The ability to destroy a chew toy is insignificant next to the power of the Force."

7. "No, but for real, aren't you a little short for a stormtrooper?"

MORE: The Most Touching Moments Between Carrie Fisher And Her Dog

11. "We've been hunting for food in Alderaan places: Let's look in the garbage chute, fly boy!"

12. "Get the leashes because we're ready to Ewok from one side of Endor to the other!" 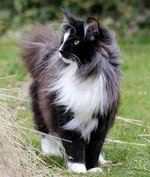 179 Names For Your Poodle