Do Huskies Get Along Well With Other Animals

Siberian huskies are majestic sled dogs who, just like their names express, come from Russia's frigid Siberia region. Dogs of the breed are known for usually having pleasant and mild dispositions, but it is important to monitor them when they interact with other animals, especially animals they've never met.

Siberian huskies might have stoic and intense physical appearances, but they are actually often loving and humorous creatures. They are considered to be self-sufficient, vigilant, smart, courageous and sometimes even stubborn animals. When they are trained and socialized properly, Siberian huskies usually do well in the company of children, too, although it's important to always watch over these interactions. Since they aren't guardian dogs, they aren't usually wary of unfamiliar people. They adore family members, acquaintances and even new faces -- human faces. They flourish on lots of interplay with human beings.

When it comes to fellow canines, Siberian huskies are usually companionable. In nature, they reside in packs and generally appreciate the presence of other dogs, especially if they live in the same homes. Siberian huskies can sometimes react fiercely to "newbie" dogs, often by pouncing and biting. This is especially common in individuals who simply haven't been around a lot of other pooches, particularly during young and impressionable stages of their lives. New dogs can sometimes make Siberian huskies feel on edge, and they sometimes get defensive as a means of coping with their fear.

Although Siberian huskies get along well with domestic canines, smaller animals can sometimes be problematic. Siberian huskies have predatory feelings that come naturally to them, and it might not always be apparent to them that certain animals aren't exactly their next meals. The sight of certain animals could bring out their hunting urges. Cats, hamsters, rabbits, squirrels, guinea pigs, mice and birds are all examples of creatures Siberian huskies could potentially view as prey. Do not rule out tiny dogs, either.

Siberian huskies have the tendency to run after any animals that try to escape their field of vision -- think unfamiliar cats, but also livestock, deer and the like. It is crucial to always closely supervise Siberian huskies who are near other animals, big and small. It is also vital to never allow Siberian huskies to roam freely around such creatures. Even a Siberian husky with the best disposition could bring upon extremely hazardous consequences in other animals, including fatalities. The dog couldd also seriously hurt himself. Be extremely cautious in these situations.

About the Author
Naomi Millburn has been a freelance writer since 2011. Her areas of writing expertise include arts and crafts, literature, linguistics, traveling, fashion and European and East Asian cultures. She holds a Bachelor of Arts in American literature from Aoyama Gakuin University in Tokyo. 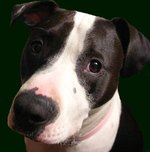 How to Breed Pit Bull Dogs

What Does it Mean When a Dog Stalks Other Dogs?

How to Deal With Jealous Cat Behavior

Do Mother Dogs Get Aggressive After Giving Birth?